6 areas that have experienced innovation from fintech – Short overview 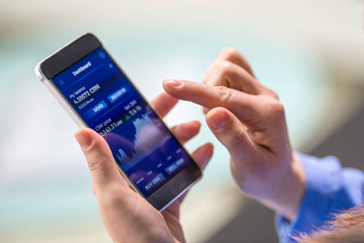 Fostering innovation is key to growing your business and necessary to stay ahead of the competition. The two sectors that spent the most on R&D in 2020 were the technology sector and the investing/finance sector. When you combine these two sectors you get something called fintech.

Fintech is a catch-all term for all of the technology used in the world of finance. The industry has grown to become quite large and the largest fintech company is the chinese company Ant Group, which was valued at $313 billion as of late 2020. Most fintech companies aim to challenge and eventually beat the traditional financial solutions by providing the same service in a faster or better way. Fintech can be in the form of software, algorithms, various tools, artificial intelligence, blockchain, and also hardware, which are all designed to streamline and disrupt the current traditional solutions. 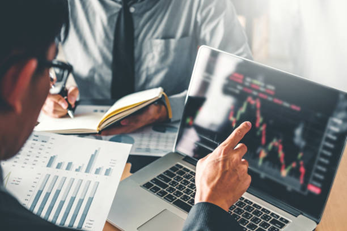 6 areas that fintech is leading innovation

Many solutions that have derived from fintech have seen mass adoption in a relatively short time period. In a survey conducted by EY they found that 64% of global consumers have adopted fintech whereas in 2015 the adoption was merely 16%.

Six of the areas that have seen fintech being adopted the most are digital banking, payment solutions, blockchain, short-term loans, artificial intelligence, and stock trading.

Digital banking is a combination of two things, mobile banking, and online banking. Online banking is accessing services via your bank online and replaces the need to leave your home. Mobile banking is using an application on your phone. Digital banking more or less completely replaces the need of a physical bank and rather turns your mobile phone or computer into a portable bank online. It is possible to order credit cards or take up a loan by a few touches on your phone.

Digital banking has seen massive adoption, especially by young people. A survey conducted by Forbs found that 95% of the generation Z and 80% of millennials use digital banking.

Fintech has paved the way for other forms of payment as well. The need to carry paper money in wallets around with you at all times has seen a massive decline, to the point where it has become completely unnecessary in some parts of the world. In the US consumers have access to an application called Venmo which is a payment service that allows people to send and receive money quickly. Currently Venmo has 65 million users which is more or less 20% of the US population. In Norway the app that is the equivalent of Venmo called Vipps has seen a much larger adoption rate to the point where 75% of the Norwegian population use it.

Blockchain is a rather new technology that first saw the dawn of light in 2009 with Bitcoin after the financial crisis of 2008. This technology is in the form of a distributed database in the form of a public ledger that shows all transactions. It is completely digital and decentralized, as the public ledger is online and is dispersed through an interconnected P2P network of computers, thus there is no single authority that has control of the ledger.

Although the blockchain was born with Bitcoin it has much greater potential than a digital form of currency. Due to the nature of the technology it completely removes the need for an intermediary thus reducing transaction time and costs.

Short-term loans are also something that has arised recently. Companies like Affirm aim to tap into the market of credit cards, granting short-term loans with high interest rates. It offers a service to people with poor or no credit to get loans, allowing them to improve and build their credit scores. While another company by the name of Better Mortgage wishes to streamline the process of getting mortgages.

There are also companies that offer the services of P2P lending like Prosper Marketplace and Lending Club.

Artificial intelligence has a long time been on the rise with the many various applications in mind. Recently AI has found its way and disrupted the financial sector. AI is being used as advisors for consumers providing recommendations as to asset management and portfolio management, suggesting consumers what to invest in, and they do this by utilizing algorithms to analyze current market trends.

The robots are trained in ethics and follow a certain set of rules to be authorized as financial advisors. However, there is skepticism among consumers whether they are willing to use the advice from a robo-advisor. A study in Norway 60% of the respondents say that they have little trust in such a service and only 22% have high trust. On the other hand 77% say that they would trust a human advisor. 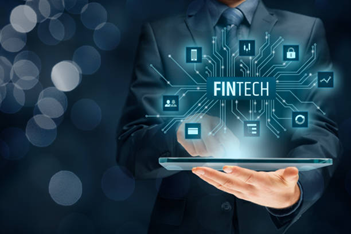 What the future may hold for fintech

Going forward fintech will most likely continue to see massive growth and higher rates of adoption. Maybe the most exciting areas of growth will be the blockchain technology and the continuing evolution of artificial intelligence, as both of these areas are relatively new and it is unknown to which extent these may reach.

The author of the text is Arild Eikenes Hestnes. You can get in touch with Arild at vinco@vinco.no

Do you need help with your innovation strategy, -process, or -culture? Do not hesitate to get in touch with us on vinco@vinco.no.

PrevPreviousDo you know the difference between radical and disruptive innovation?
NextMeet our Interns – Arild Eikenes HestnesNext

This website uses cookies to improve your experience while you navigate through the website. Out of these cookies, the cookies that are categorized as necessary are stored on your browser as they are essential for the working of basic functionalities of the website. We also use third-party cookies that help us analyze and understand how you use this website. These cookies will be stored in your browser only with your consent. You also have the option to opt-out of these cookies. But opting out of some of these cookies may have an effect on your browsing experience.
Necessary Always Enabled
Necessary cookies are absolutely essential for the website to function properly. This category only includes cookies that ensures basic functionalities and security features of the website. These cookies do not store any personal information.
Non-necessary
Any cookies that may not be particularly necessary for the website to function and is used specifically to collect user personal data via analytics, ads, other embedded contents are termed as non-necessary cookies. It is mandatory to procure user consent prior to running these cookies on your website.
SAVE & ACCEPT